An Evening with Ja’Tovia Gary 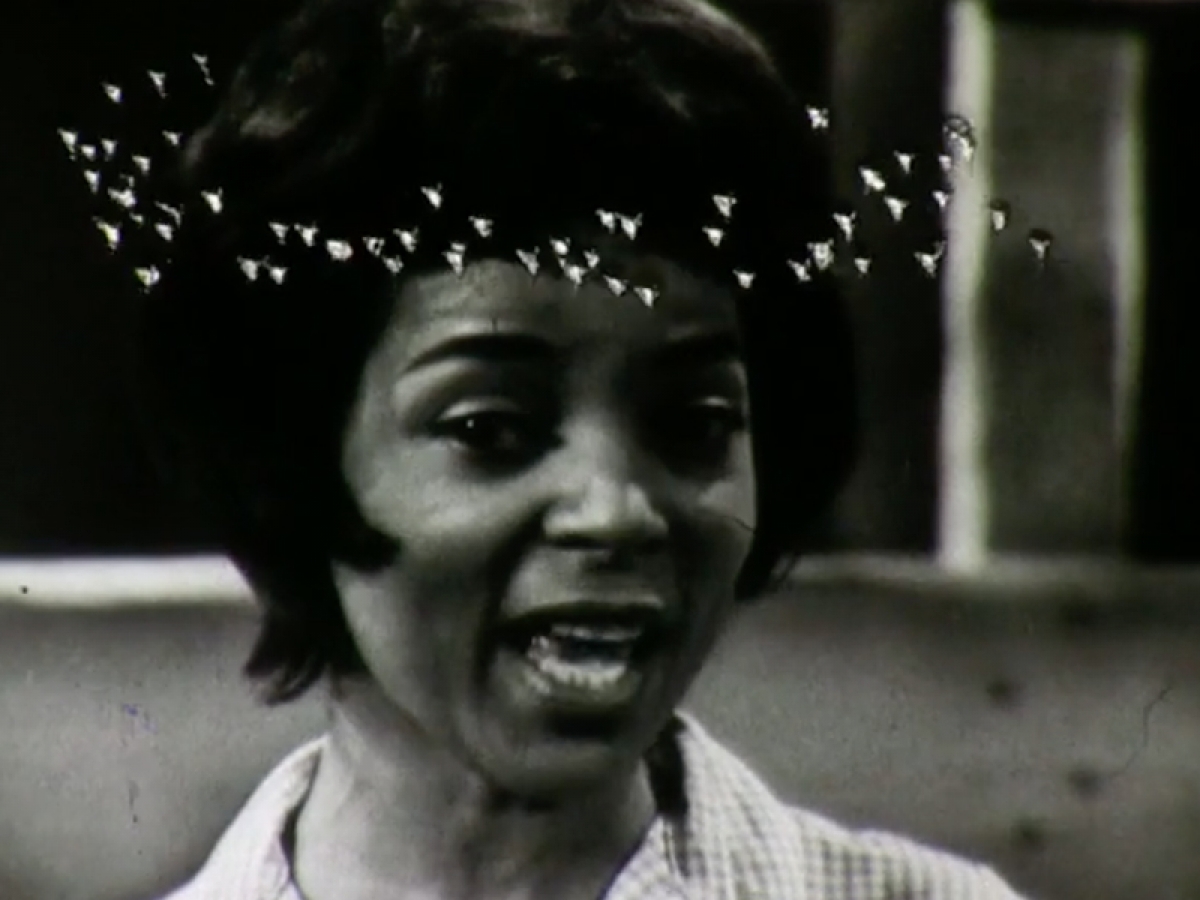 The Harvard Film Archive is pleased to welcome filmmaker and artist Ja’Tovia Gary, a 2018-19 Film Study Center-Radcliffe Fellow to present an evening of radical Black film and cinema of resistance pairing a selection of her recent films together with Mauritanian filmmaker Med Hondo’s extraordinary musical cri de coeur: West Indies.

The moving image work of Ja’Tovia Gary (b. 1984) vigorously reanimates Black culture and voice, often by reworking and reappropriating images, be they from archival footage or unexpected visions of iconic sites, such as Monet’s garden in Giverny. Visually stunning, Gary’s short films are powerfully open texts which use animation techniques to invent new modes of engaged cinema that ask the viewer to watch and listen differently. Gary’s vibrant lyrical films are both subtly political and sharp-edged yet also driven by a restless search for sublime beauty.

Along with Ousmane Sembène, Med Hondo is a founding father of African cinema and one of the most talented, versatile and influential filmmakers to emerge from the continent.
At its core, Hondo's cinema seeks to create an autonomous Afro-modern subject, one who exercises agency over the politics, culture and destiny of her continent. But such an endeavor necessitates the overcoming of numerous historical, political, economic and cultural obstacles: the painful history of the transatlantic slave trade; the bitter legacies of colonialism and neocolonialism; the hegemony of global capitalism; the collusion of African elites with the corrupt systems that capitalism creates; and the inability of those elites to imagine and usher in a different future for the continent.

In the face of such daunting challenges, Hondo posits a cinema of radical indocility, one that seeks out strategies of emancipation across several axes: history as both explanatory factor and source of inspiration and agency; struggle as the inevitable corollary of any such project of emergence; and Pan-African solidarity as the precondition for a wider class solidarity against the system of capitalist domination. In exploring the specificity of the African experience (both on the continent and in the diaspora) and the possibilities for the emergence of an Afro-modern subject, Hondo thus explores the possibility for the emergence of an entirely new world.

One of Hondo’s enduring masterpieces, West Indies is a stunning widescreen musical that takes place entirely on a single set: a giant slave ship symbolizing the triangular relationship between Africa, Europe and the Caribbean as it explores the parallels between the forced migration of the Atlantic slave trade and the contemporary migration of Afro-Caribbean subjects to former colonial metropoles. In a breathtaking display of virtuosity, Hondo deftly uses an array of filmic techniques (a vertically oriented mise-en-scène, dexterous tracking shots, beautifully orchestrated long takes) to explore four centuries of history within his single location, signaling temporal shifts through fluid camera movements and sumptuous staging; meanwhile, the remarkable range of musical styles; witty, poignant, and rousing lyrics; and brilliant choreography dazzle the senses and invite the spectator to join in the struggle to transform the world.

Tickets for are available 45 minutes before showtime at the cinematheque on the lower level of the Carpenter Center. Cash or check only. No late seating.