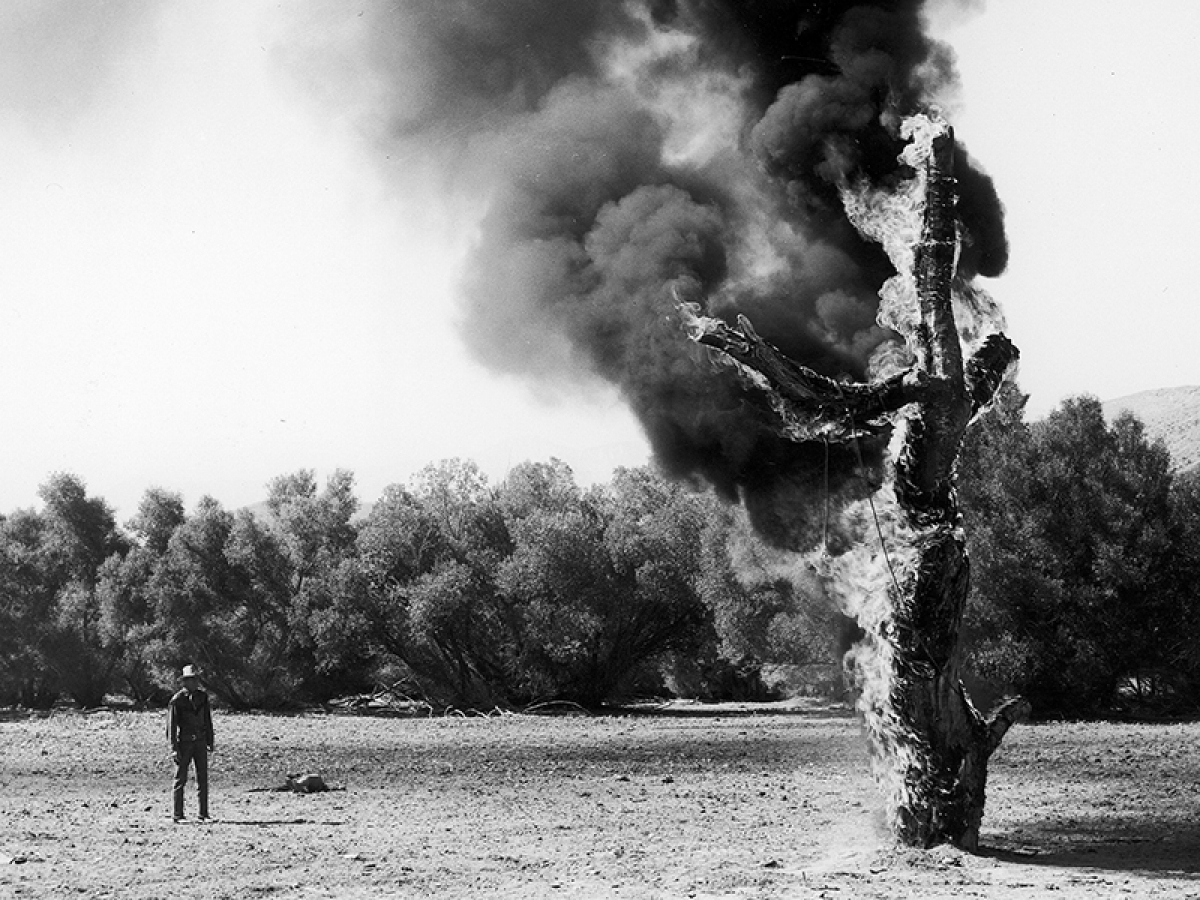 In the first stage of his long career, cult noir director Phil Karlson thrived as a contract helmer of inventive B-films in a wide variety of genres: from service comedies and musicals to minor entries in the Charlie Chan and Bowery Boys series. Among Karlson’s best early works is the strangely forgotten Thunderhoof, a psychosexually intense Western that succinctly presages his later, and now justly celebrated, studies of strained masculinity (99 River Street, The Brothers Rico). Thunderhoof is admirably resourceful, making the most of a cast of just four actors, including the titular steed, an elusive wild horse pursued with obsessive doggedness by an aging cowboy, played with grizzled intensity by an alternately avuncular and wrathful Preston Foster. Dragged along on Foster’s hunt for his White Whale are the cowboy’s too-young Mexican wife and a hotshot wrangler and adopted son now increasingly resentful of the strained filial bond to a man he is coming to despise. Channeling the Freudian and patricidal undercurrents reinventing the postwar Western, Thunderhoof wastes none of its short running time in ratcheting up the tension as the men quickly lock into a paranoid competition that, in Hawksian fashion, increasingly conflates horse and bride.

The seven Westerns Boetticher made with Randolph Scott—the famous Ranown Cycle—mostly produced by Harry Joe Brown and written by Burt Kennedy in the short span of four years, are as many variations on the lonely hero. One could say that, in Ride Lonesome, Ben Brigade’s loneliness is the monolithic embodiment of revenge, engaged in a pursuit that will lead to one of the most disenchanted endings of the entire cycle. His quest is a mythical one: a quest for fire that will finally purge his past only to leave him lonelier. And, as in all seven films, Scott wears the same mineral mask, like the sculptural rocky dry landscape in which the film unfolds. His invisibility is systematically betrayed by a physical (though ethereal) element: dust—as if his pursuit of revenge is charted by a trail of dust. And dust will finally turn to smoke: in another scene, bodies are buried in a cloud of dust; a tracking shot discovers, behind the funeral party, the dark smoke of the Mescalero’s war signs. From dust to smoke, the last shot—rising on a film crane—is of the burning hanging tree’s dark smoke climbing up to the sky, fleeing up towards heaven. – João Pedro Rodrigues