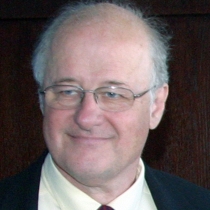 Since 1985, András Riedlmayer has directed the Documentation Center of the Aga Khan Program for Islamic Architecture at Harvard’s Fine Arts Library, building world-class collections and supporting teaching and research on the history of art and architecture of Islamic societies. A native of Hungary, he is a specialist in the history and culture of the Ottoman Balkans and has spent the past 25 years documenting the destruction of manuscript libraries and other cultural heritage during the Balkan wars of the 1990s. He has testified about his findings as an expert witness before the International Criminal Tribunal for former Yugoslavia (ICTY) and the International Court of Justice (ICJ). He has published extensively on the study of Ottoman manuscripts, on the Islamic heritage of the Balkans, its history and its fate in time of armed conflict, and has presented papers at international academic symposia and conferences. He is also a co-founder of the Bosnian Manuscript Ingathering Project, an international effort to trace and recover photocopies representing some of the thousands of manuscripts that were destroyed when Bosnian libraries were burned during the 1990s. For more on his work on the Balkans, see: "Harvard Librarian Puts This War Crime on the Map" and  the interactive website "Targeting History and Memory." For his publications, see his H-Net profile as an editor for H-Turk.