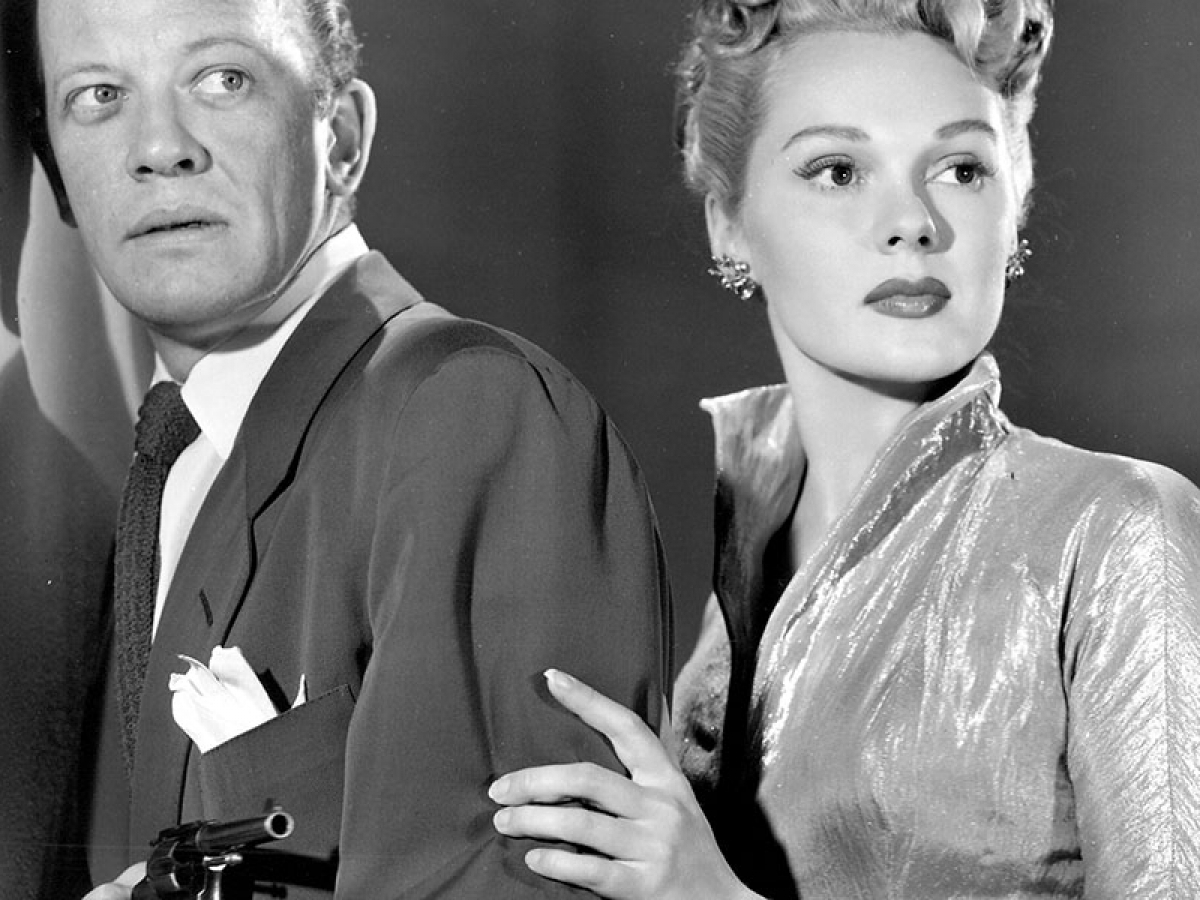 Armored Car Robbery is just one in a series of violent crime dramas directed with crisp efficiency by Richard Fleischer during his early years at RKO. An important first expression of the heist film genre held at bay by the crumbling Hays Code—which had long prohibited overly detailed depictions of criminal acts—Armored Car Robbery came out the same year as John Huston’s seminal expression of the genre, The Asphalt Jungle, yet stands in stark, stripped-down contrast to Huston’s soulful peon to the defeated underdog. Fleischer instead delivers a swift and coldblooded illustration of ruthlessly efficient police and criminal apparatuses set into contrapuntal motion, with William Talman’s harder-than-hardboiled mastermind pitted against indelible character actors only possible in the feverish trenches of B-film production. Making great use of Los Angeles-area locations, the film bears affinities with the popular cycle of low-budget semi-documentary crime films that flourished in the late 1940s and early 1950s.

The final result of the film represents what I thought at the time was the crowning moment of my style. I had finally found it and was able to bring it to the screen the way I wanted. – Richard Fleischer

Compression and forward momentum were key to many of the strongest RKO film noir titles. Fleischer was master of the fleet and compact as demonstrated by this highly celebrated noir shot in thirteen days for 230,000 dollars, running an energizing 71 minutes. After a string of impressive secondary roles (in Siodmak’s The Killers and Mann’s T-Men) Fleischer elevated the charismatically gruff Charles McGraw to his first starring role in Armored Car Robbery. In The Narrow Margin, McGraw’s detective Sgt. Brown begrudgingly accepts the assignment to safeguard a racketeer’s widow as she makes a furtive journey by train out of Chicago. Destination: Los Angeles, where she will testify before a Grand Jury unless a bullet stops her cold. The train is a steam-powered traveling theater of masquerades and fluctuating appearances, unidentified syndicate killers and unlikely allies. Under police watch is the serrated “Queen of the Bs” Marie Windsor, a sultry, short-fused fireball of caustic complaint, strategically rubbing up against the flinty McGraw with frictive, hostile sparks. Spilling her string of pearls, jabbing with acid barbs, defiantly blaring music on her portable phonograph, Windsor’s every move is a provocation that teases catastrophe.

Fleischer and the great cinematographer George E. Diskant make the most of the lively balance between the interior design of the train and the external landscape, conceiving of multi-plane effects, oscillating viewpoints and natural superimpositions within a tight space. Without a doubt, the story that unfolds and the vocal interplay between the actors is riveting entertainment. But try watching the film silent sometime. You will see the fantastic choreography of figures, modulating light, kinetic cuts, dissolves, wipes, pivoting motion and quick changing impressions. Every great sound film is first a great silent film in the editing and The Narrow Margin is a tour de force. – Mark McElhatten