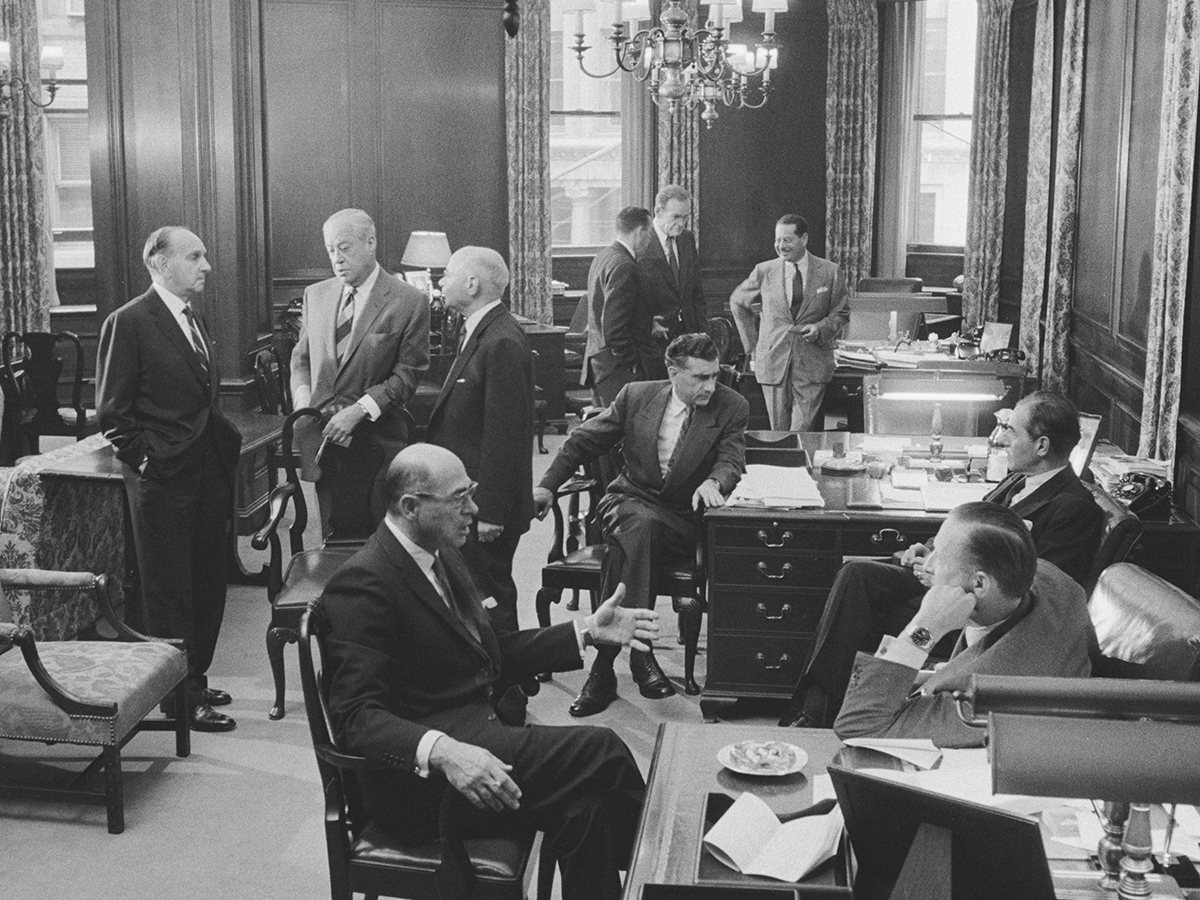 More info
Open to the public
Sponsored by: Baker Library and Special Collections

The history of Lehman Brothers, stretching over a century and a half, reflects the role of investment banking in the development and growth of the U.S. economy. Founded in the mid-nineteenth century, the family partnership evolved from a general store to a commodities brokerage to the fourth-largest investment banking house in the country. The firm survived through the Civil War, financial panics, two world wars, the Great Depression, mergers, spin-offs, and 9/11—making the transition from a family-run private partnership lasting more than one hundred years to a public company. Lehman Brothers provided investment banking and financial advisory services for corporations, the government, and private individuals, and consistently showed foresight in its ability to recognize the potential of emerging industries, from retail to aviation to high tech. In the early 2000s, Lehman Brothers increasingly invested in derivatives and subprime mortgages; losses on these instruments contributed to the firm’s filing for bankruptcy in 2008.

Drawing from the extensive Lehman Brothers Collection housed in Baker Library’s Special Collections, Lehman Brothers: A History, 1850–2008 examines the story of one of the country’s longest-running investment banks, its reach into nearly every sector of the American economy, and the impact of the firm’s collapse.