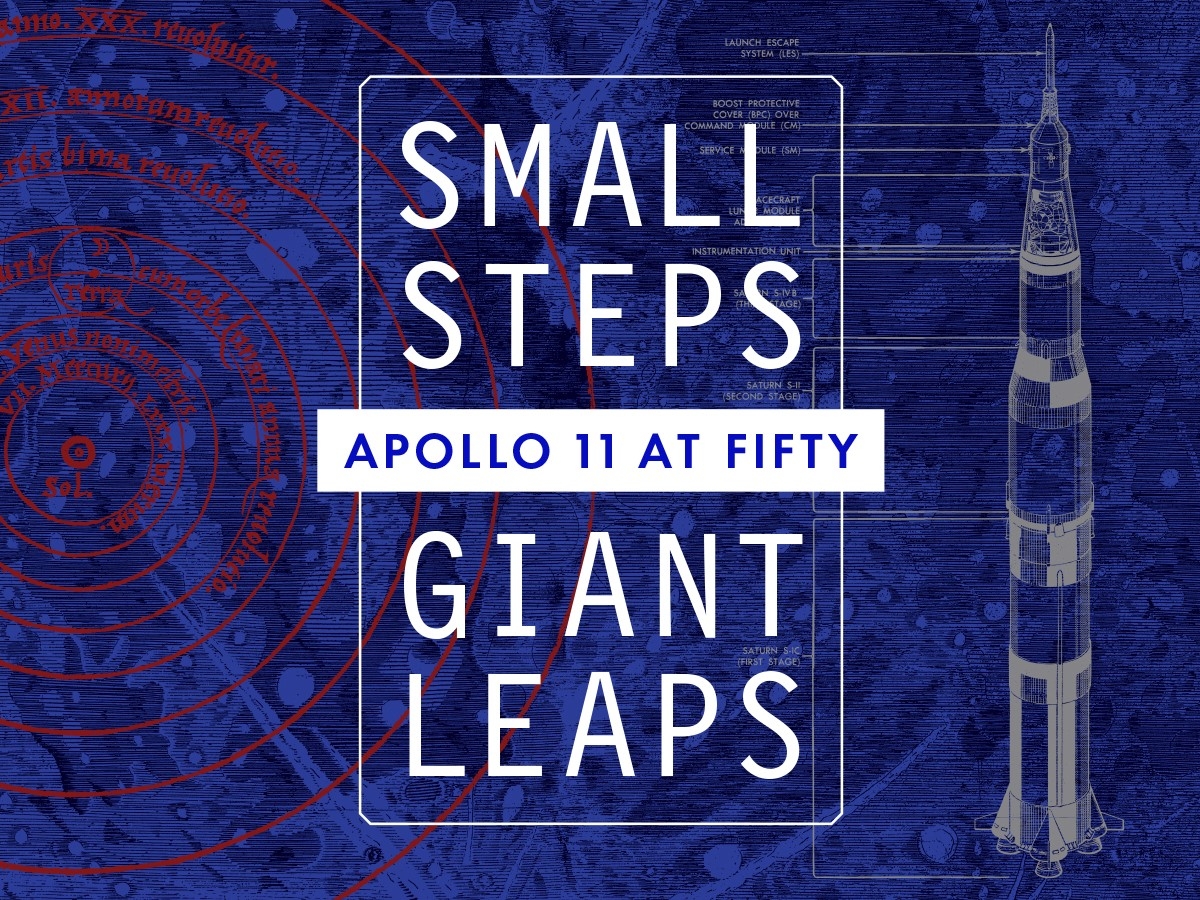 Open to the public
Sponsored by: Houghton Library

As he became the first person to set foot on the moon, Neil Armstrong announced, “That’s one small step for [a] man, one giant leap for mankind.” This exhibition celebrates the fiftieth anniversary of that remarkable achievement as the last step in a long series that stretches back through the centuries to the beginnings of the modern scientific understanding of our place in the universe.

On display are landmarks in the history of science from Houghton Library’s collections—such as first editions of Copernicus, Galileo, and Newton—together with rarely exhibited highlights from a private spaceflight collection, including artifacts used during the Apollo 11 mission and on the moon itself by astronauts Neil Armstrong and Buzz Aldrin. Together, these objects illuminate the path of research and discovery that made Apollo 11 possible.

The exhibition is free and open to the public. Closes August 3.

The exhibition is accompanied by a commemorative catalog which focuses on the loaned items only and is also available for free online here.

Join curator John Overholt for a guided tour of the exhibition to learn about the ways early modern science inspired and made possible the historic Apollo 11 moon landing.

Tours are free and open to the public. Reservation not required.

In collaboration with Houghton Library, the Harvard Film Archive presents films about human exploration of space. The HFA’s Weekend Matinee series will highlight moon-themed films appropriate for space travelers of all ages.

$5 Weekend Matinee Admission or Free with Cambridge Public Library Card. Free for all Harvard students with a valid photo ID.

Regular HFA screenings are free for all Harvard students with a valid photo ID.

"How to Celebrate the 50th Anniversary of the Moon Landing in Boston," Boston Magazine

"It Must Have Been Moonglow," The Boston Globe

"Libraries and Museums Focus on the Moon this Spring & Summer," Fine Books and Collections