Black Americans today suffer from high rates of cancer mortality and cardiovascular disease, and lower overall life expectancy, compared to other races in the United States. These poor health outcomes are the results of structural anti-Black racism across our society, including housing discrimination, limited opportunities to acquire wealth, and biases in medicine. 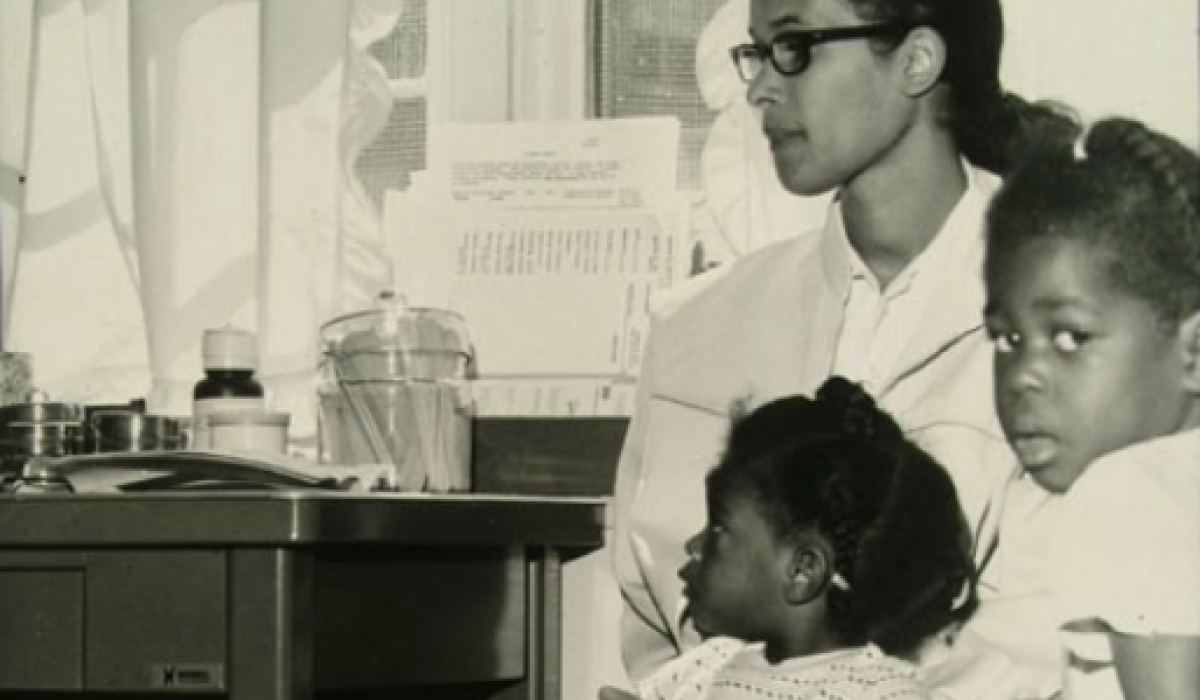 Black mother and two young children at a health center in Boston, 1968 Schlesinger Library on the History of Women in America

In the United States, Black Americans have a shorter life expectancy than white Americans by more than 3.5 years. They're more likely to die from cardiovascular disease than white Americans, and almost twice as likely to suffer a stroke. They have the highest cancer mortality rate of any race or ethnicity. But these inequalities are not biologically determined; they're the results of structural anti-Black racism in the systems that contribute to health outcomes and the systems that treat them.

Maybe money can’t buy happiness, but it can often buy health. It can buy safe housing in a neighborhood with clean air and water, recreation space, and good schools. It can buy easy access to grocery stores with healthy food options and it can buy the healthy foods themselves.

Over the last century, Black people in this country have been denied access to financial services like home loans and been banned from purchasing homes in majority white neighborhoods. Today, they have 30 percent lower rates of homeownership than white Americans and they’re more likely to live in neighborhoods with lower property values, worse infrastructure, and fewer amenities. They’ve been cut off from many opportunities to acquire wealth, and the good health money can buy.

On top of this, Black Americans are more likely to live in toxic industrial areas or in homes with toxic lead paint, putting them at a higher risk to develop asthma and certain cancers. They’re subject to higher rates of stress — influenced by factors like aggressive neighborhood policing, food insecurity, and high rates of unemployment — which can lead to chronic health issues like diabetes and hypertension.

Healthcare in the United States has racial disparities, as well. Black Americans have historically been mistreated by medical professionals, including through exploitation in 20th-century medical research trials, and they have less trust in the healthcare system than other races. This lack of trust is understandable: even today, unconscious bias in medicine leads to Black Americans receiving inferior care and treatment. Most notably, Black women experience the highest infant mortality rates among all racial groups in the United States regardless of socioeconomic status.

Quite literally, the lives of Black Americans depend on eliminating racism.

Explore a curated sample of Harvard research and resources related to anti-Black racism in public health below.

Learn about key findings and trends in evidence linking structural, cultural, and individual racism to mental and physical health outcomes.

Discrimination in the United States: Experiences of Black Americans

This study examines personal experiences of racial discrimination among Black adults in the United States across several areas including employment, health care, and education.

Police Killings and Their Spillover Effects on the Mental Health of Black Americans: A Population-Based, Quasi-Experimental Study

This study finds that police killings of unarmed Black Americans have adverse effects on mental health among Black American adults in the general population.

This research guide offers a social and cultural perspectives on the impact of the COVID-19 pandemic on Black American communities through a comprehensive list of news sources, videos, blogs, personal narratives, webinars, and more.

Toward a Historically Informed Analysis of Racial Health Disparities Since 1619

This article advocates for a historical approach to understanding contemporary health disparities. The authors trace Black health care inequalities through history and the social factors that produced them.

Data from study that finds that police killings of unarmed Black Americans has adverse effects on mental health among Black American adults in the general population.

Epidemics and African American Communities from 1793 to the Present

Webinar series hosted by Professor Evelynn Hammonds of Harvard's Hutchins Center for African and African American Research on the impact historic structural inequality and anti-Black racism have on the COVID-19 pandemic and its disproportionate impact on Black American communities.

Speakers on this panel examine the roots in slavery of contemporary African American mistrust of the healthcare system, the lack of trust in medical providers fostered by experiences of everyday racism, and the African American community’s long dependence, born of necessity, on care from within the community.