Treasures from the Dunhuang Grottos in China 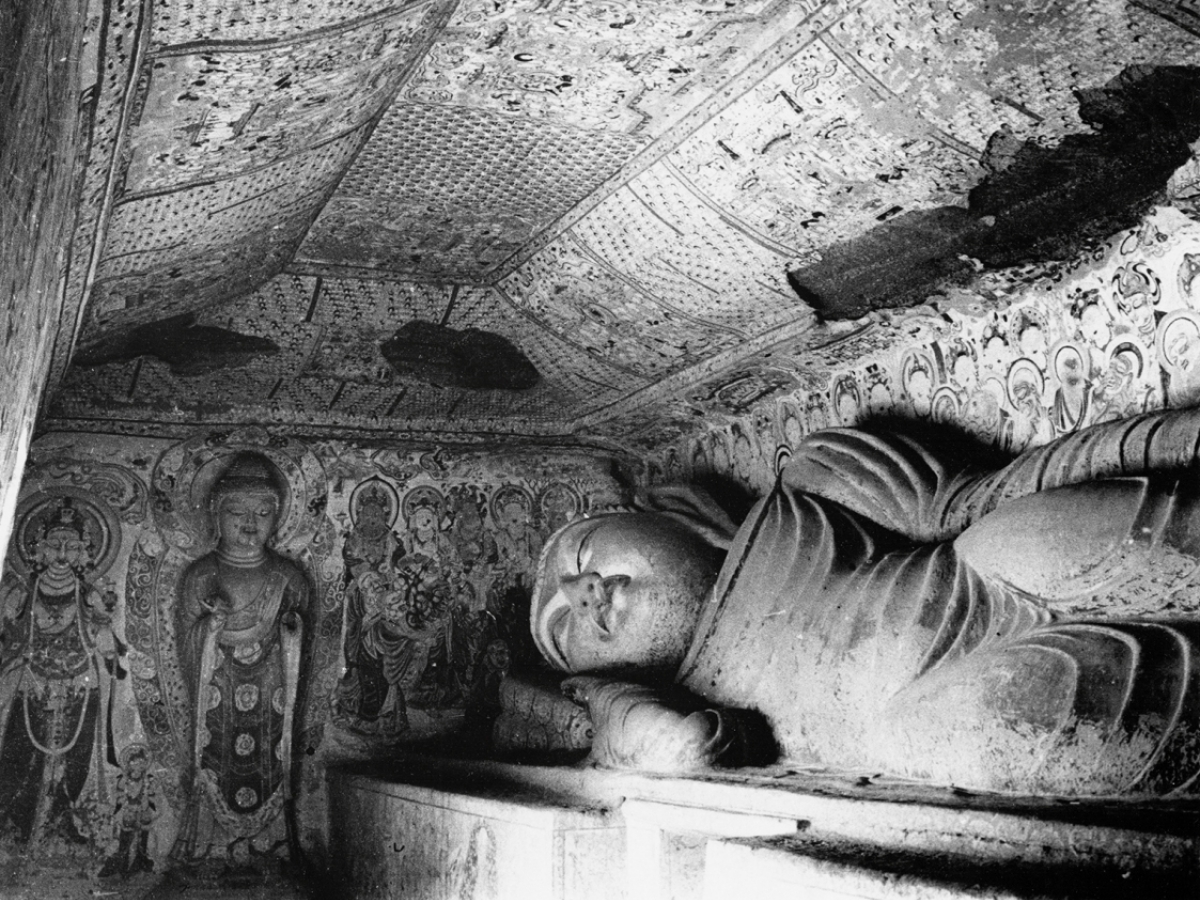 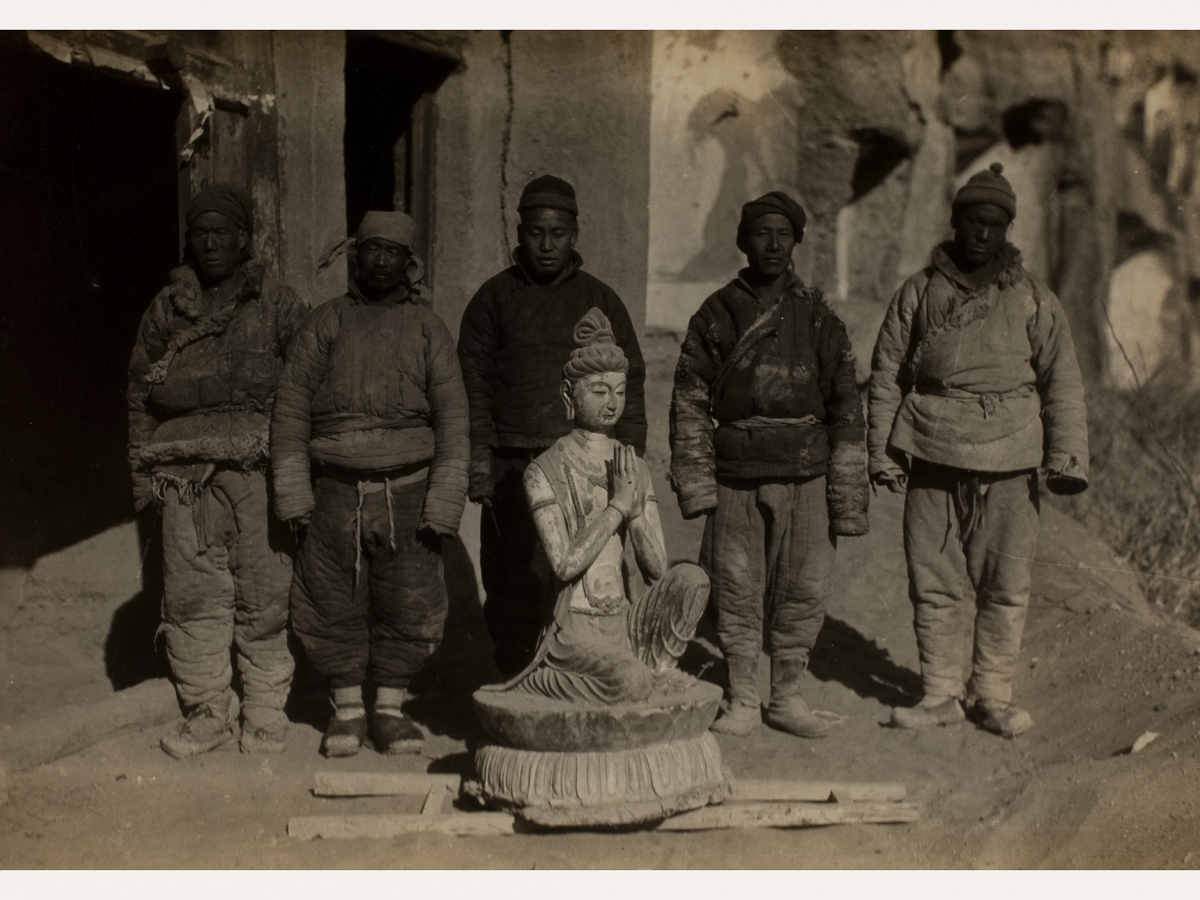 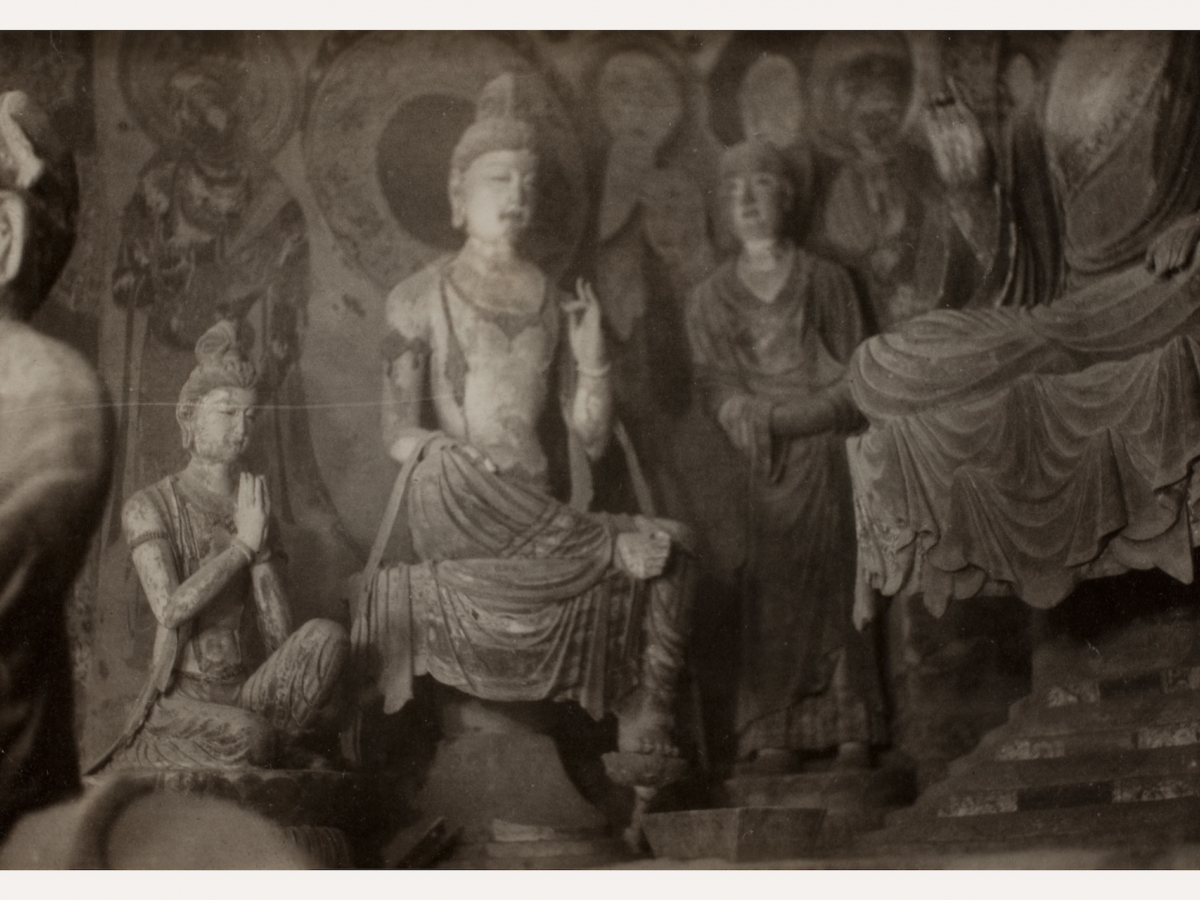 There are four major grottoes in China: Yungang Grottoes (云冈石窟) in Datong, Shanxi, Longmen Grottoes(龙门石窟) in Luoyang, Henan, Maijishan Grottoes (麦积山石窟) in Tianshui, Gansu, and Mogao Grottoes(莫高石窟) in Dunhuang. The construction of these grottoes began in roughly the same century, but among them, the Mogao Grottoes took the longest to construct and grew to be the largest. Dunhuang became a center of religious worship. The grottoes at Dunhuang represent a unique combination of architecture, painting and sculpture. The Dunhuang Grottos are a treasure trove with more than 2,000 statues and 45 sq km of murals, dating back to about 1,000 years ago.

Langdon Peter Warner was born in 1881 in Cambridge, Massachusetts. He studied at Harvard University in 1899, graduated in 1903 and returned to his alma mater in 1905 to study archaeology for a year.  After studying in Japan in 1906, he specialized in Buddhist art. In 1913, he started an East Asian Art course at Harvard. He held a number of important institutional, governmental, and museum positions throughout his career. His notable appointments included Assistant Curator of Chinese and Japanese Art at the Museum of Fine Arts, Boston (1911-1912), Lecturer in Fine Arts at Harvard University (1912, 1914-1915, 1928-1934), Research Fellow of the Fogg Museum at Harvard University (1922-1942), Visiting Lecturer on Chinese Art at Columbia University (1932), Director of the Far Eastern Division at the San Francisco Golden Gate Exposition (1938-1939), Curator of Oriental Art at the Fogg Museum (1942-1950). Through these many academic, curatorial, and advisory positions, Warner became one of the most influential figure for the study of Asian art in the United States during the first half of the 20th century. In 1922, the Harvard Fogg Museum sent him to Western China. He arrived at the Mogao Caves in Dunhuang in January 1924 and took many photographs, which show sculpture and wall paintings from Dunhunag, Yulin and Yungang Buddhist Cave Temples. The photographs in this display were all taken at the Mogao Caves.