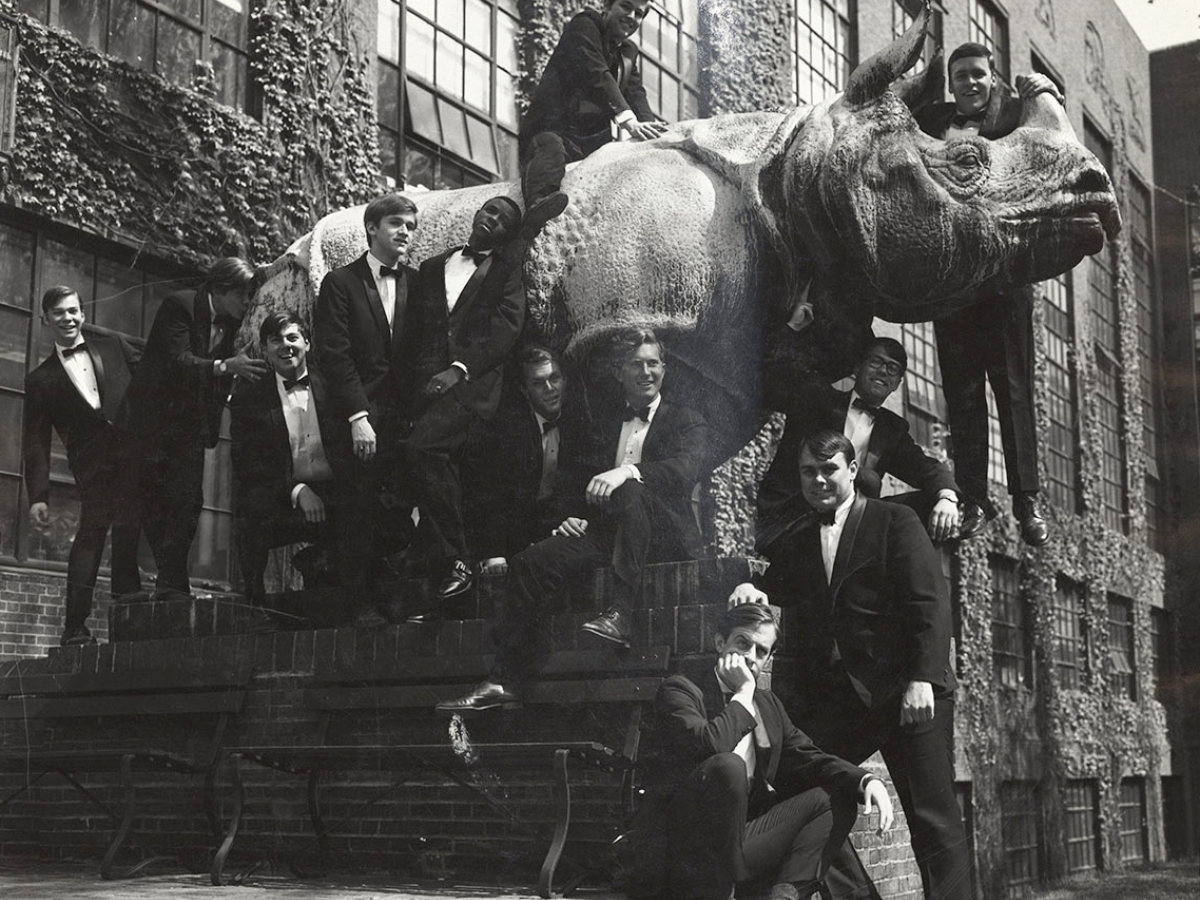 Seventy-five years after their founding, the Harvard Krokodiloes — the University’s oldest and most storied a cappella chorus — are still singing. The components are simple: tenors, baritones, basses, and bow ties. From simple components, though, comes a complex creation: the Krokodiloes are polished performers who use their vocal harmonies to entertain and engage audiences in venues ranging from Harvard Yard to Carnegie Hall to the Sydney Opera House.

The Kroks, as they are affectionately known, formally established themselves as a student organization with the adoption of their constitution in 1947. More milestones followed: that same year they performed for the first time in front of a public audience, marking the beginning of a performing tradition that would eventually see them touring the world, singing for thousands of people at dozens of shows each year. In these early years they also began arranging their own original songs, including “Johnny O’Connor,” a tune that now forms part of the Kroks canon. By 1949 they had released an album, the first of many to come over the years. For more than seven decades now, the Kroks have built on this legacy of creativity, continuing to arrange, record, and sing with gusto.

The Krokodiloes represent not only the power of voices singing in harmony, but also the quieter power of building lasting bonds of friendship and fraternity with fellow singers. One Krok, reflecting on the organization during its 60th anniversary celebration in 2006, put it plainly: “We are fundamentally an institution of people, of brothers, bound by music. The greatest prizes of the Krok experience are the Kroks themselves, and the music they make when they are united.”

Drawn from the collections of the Harvard University Archives, Still Singing: The Harvard Krokodiloes at 75 chronicles seventy-five years of song, following the Kroks through the past and celebrating them in the present.