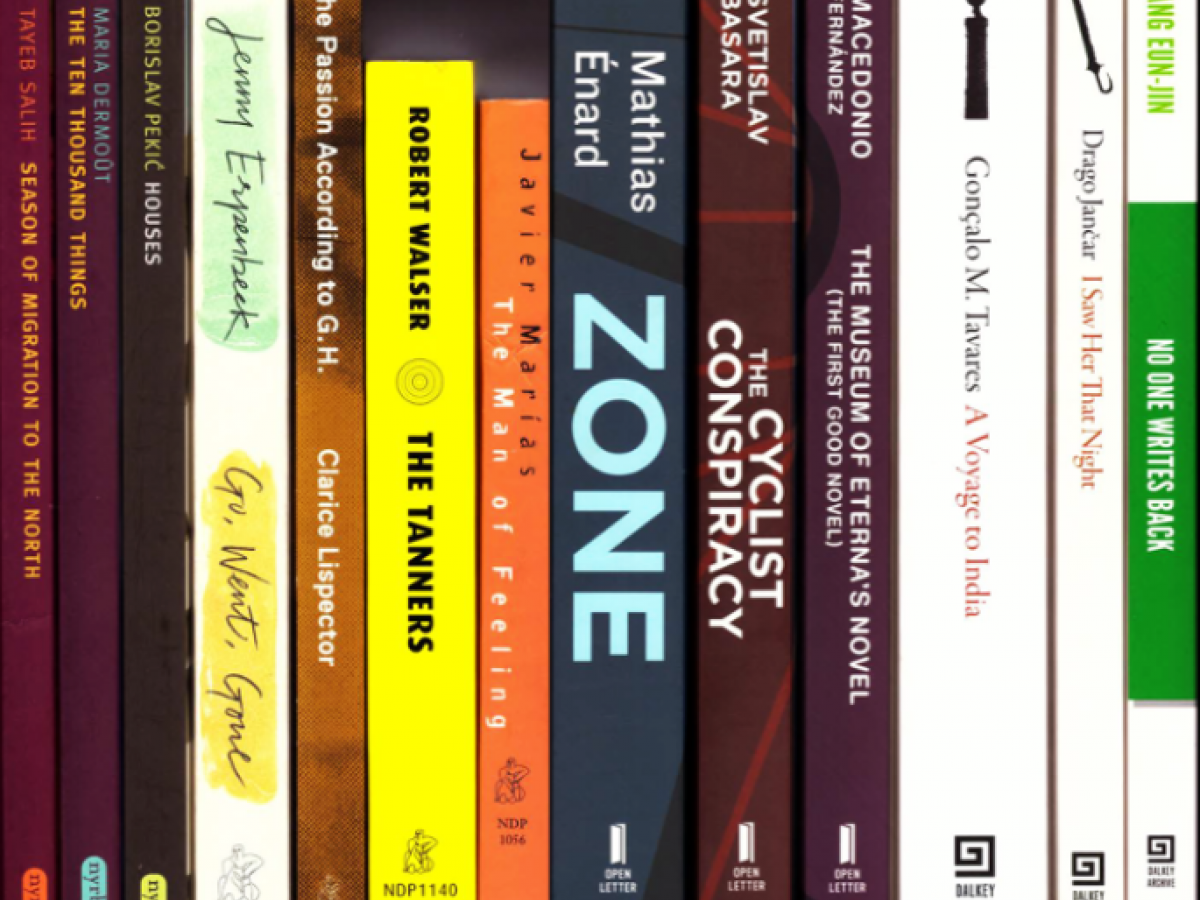 “The world’s a huge thing,” wrote Shakespeare in Othello, yet our American view of literature is still painfully narrow. The books that we most often consider classics—titles like Moby-Dick, Jane Eyre, and 1984—usually come from one of two places: our country, or the accented island across the pond. English teachers in schools and universities across the nation feed students the same Anglo-American fare year after year, hoping to educate well the next generation of leaders. But the world is bigger than this. By limiting the geographic scope of our reading, we are limiting our exposure to other cultures and their imaginations. We are allowing language, in its unassuming beauty, to become a barrier.

This exhibit features the prizewinning collection of Alan Tu ’23. It is a collection focused on contemporary international fiction, with particular attention to lesser-known works in translation. With nearly fifty countries (and a number of independent presses) represented, this collection celebrates diversity in language, substance, and style.