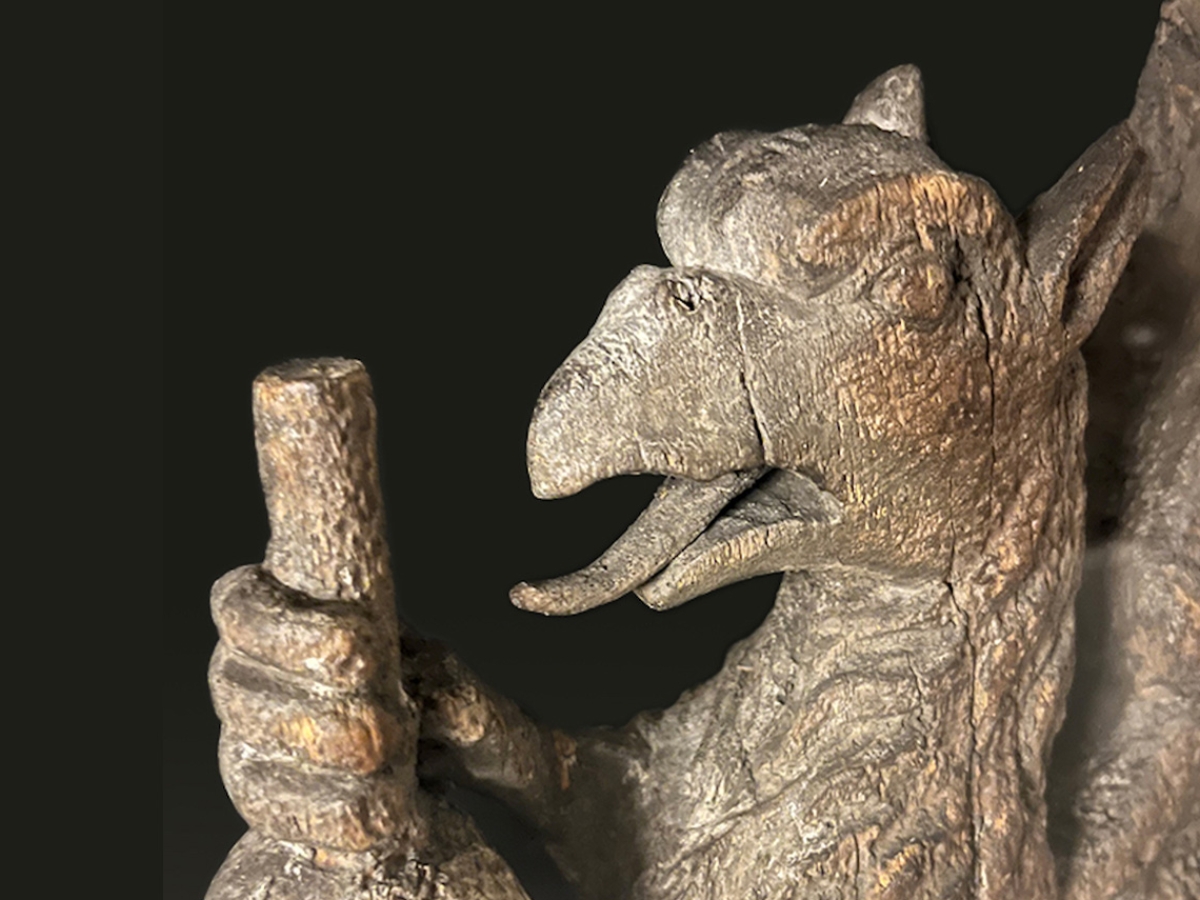 Houghton Library is world renowned for its rich collection of rare books, manuscripts, and archives, but it also holds a surprising number of curious objects. This fall, the lobby gallery presents a selection of objects with stories of the cultures and individuals that produced them, including:

Witness breakthroughs in intellectual history through the original manuscripts and printed books that introduced them to the world, on display in the new History of Ideas exhibition case.

British polymath Alan Mathison Turing (1912–1954) profoundly influenced the development of mathematical logic and computer science. He invented the theoretical concept of a universal computer (now known as a Turing machine) and is credited with developing one of the first stored-program computers at the University of Manchester. On display are his copy of Bertrand Russell’s foundational The Principles of Mathematics and three works by Turing, including his Programmers' Handbook for the world’s first commercial digital computer, the Ferranti Mark 1.

The History of Ideas case was created in recognition of a generous gift for the renovation of Houghton Library's Reading Room by alumni donors who wish to remain anonymous. The case hosts exhibits of items from the collections of the donor and the library that change three times a year.

The lobby gallery exhibitions are open to all visitors; face coverings are recommended. Please see Harvard Library's Visitor Access Page for the most up-to-date information about visiting the library.