Marcel Broodthaers: The Space of Writing 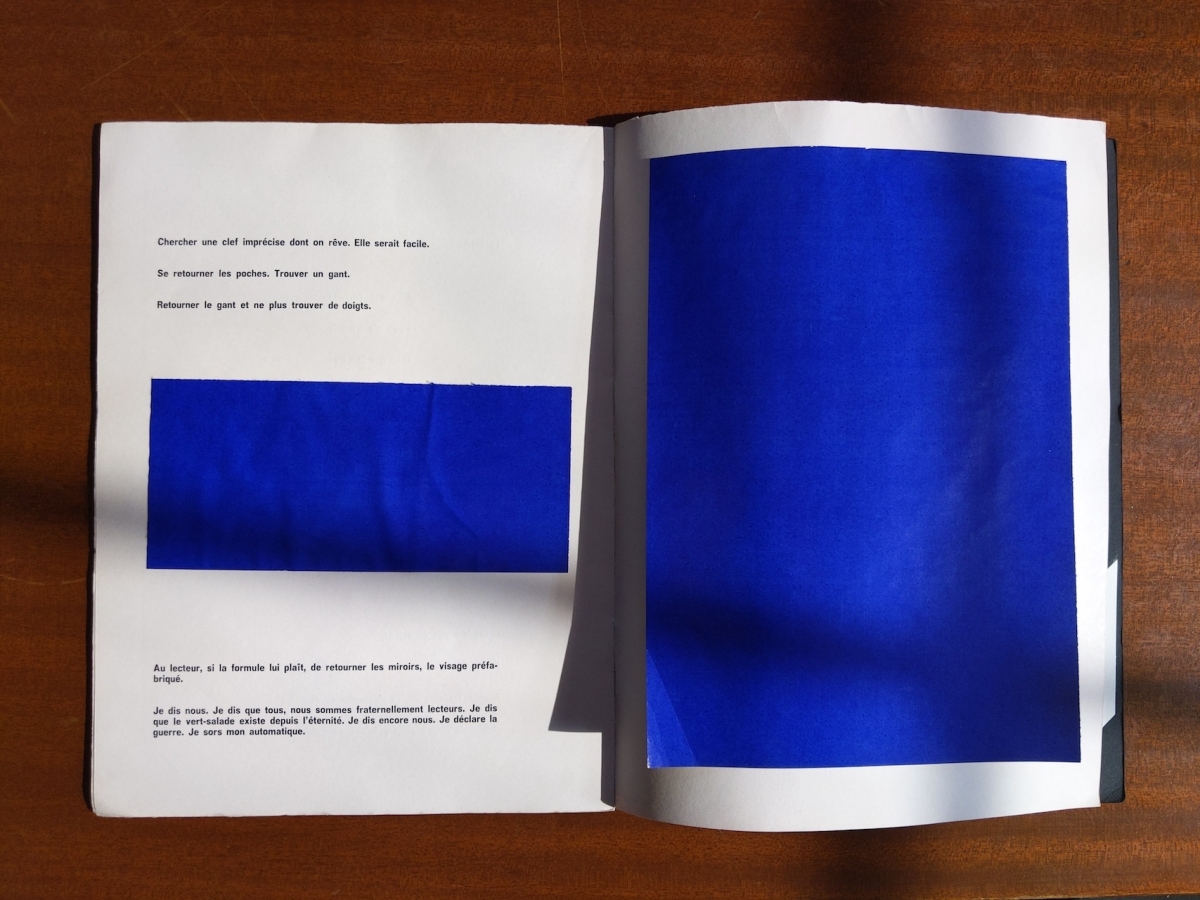 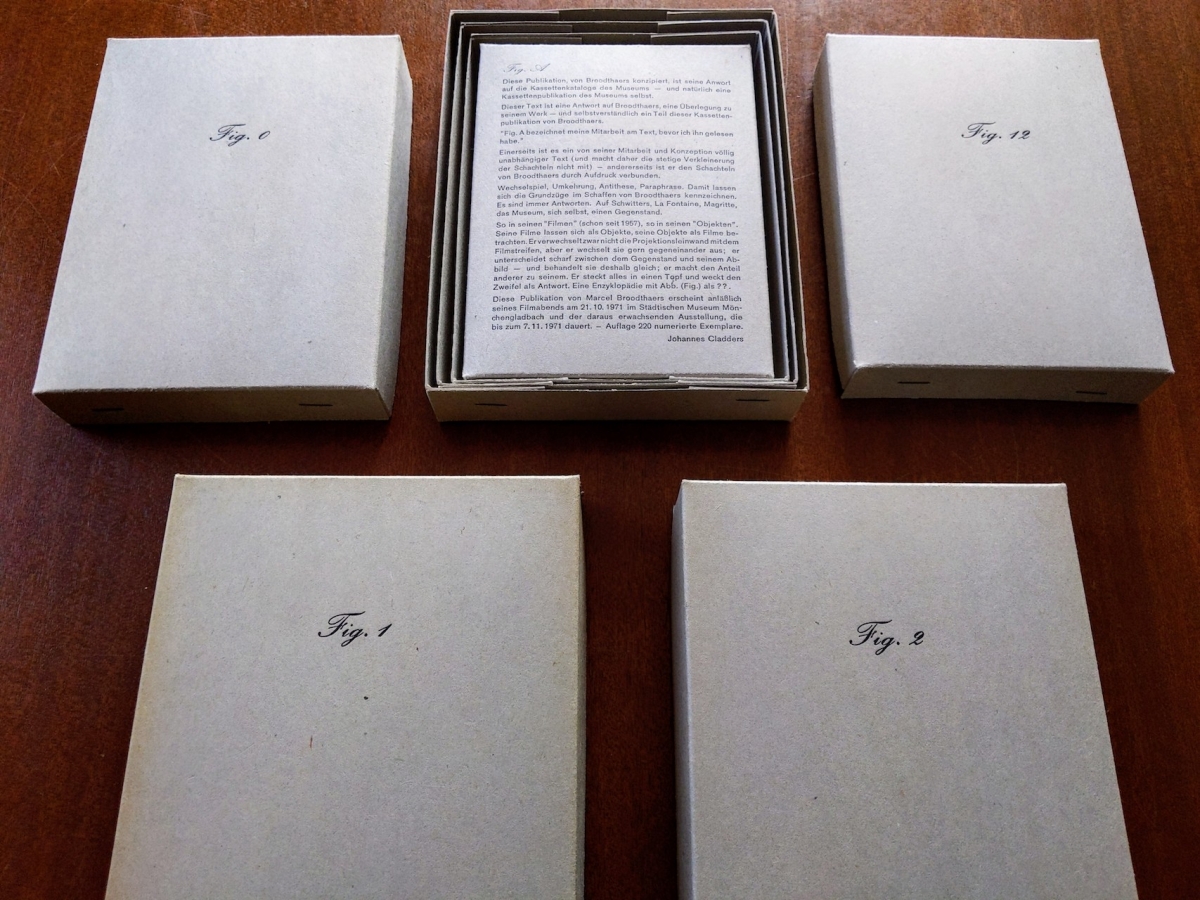 Language was a central part of Marcel Broodthaers (1924–1976) multidisciplinary work. Broodthaers made his initial artistic pieces after his fourth poetry book entitled Pense-Bête, published in 1963. At first by sticking pieces of colored paper over the pages — hiding and blocking parts of poems — then he half-embedded a bundle of fifty copies of the collection in plaster, both negating the reading and presenting the books as an art object.

Pense-Bête, in French, is a memory aid, a reminder, but can also be read as “think stupid”. The play with words and meanings, as well as the blocking, erasure and interference over the content, made with precarious procedures, were recurrently present in Broodthaers’ artistic production as a zany way to reflect on and challenge the meaning of art.

On display at the Fine Arts Library, along with a Pense-Bête book, will be the nested boxes catalog created by Broodthaers for the Städtisches Museum Mönchengladbach (1971), a facsimile of notes for a film on Magritte and an altered world map.